DTP works locally – over either a fixed network or WiFi – with a new LAKE Controller plugin (supplied in the FIR Designer 2.3.0 Windows installer). Data transfer takes only a few clicks.

We’re hoping to provide direct integration with other amp/processor brands in the near future. In the meantime, FIR Designer can export data in a variety of formats for subsequent upload into most FIR-capable products.

We’d love your feedback: Which amplifier brands would you most like to see facilitating direct-to-processor FIR Filters/DSP chains from FIR Designer? Tell us here.

For more details on v2.3, see the Release Notes.

FIR filtering offers advantages over traditional IIR all-pass filters when flattening the phase of a loudspeaker or shaping the phase to match others in an installation. IIR filters have a negative phase gradient & only provide time delay with increasing frequency. However, FIR filtering can implement phase responses with both positive & negative gradients, providing arbitrary phase/time shaping of a loudspeaker response.

Existing FIR Designer 1 license-holders are eligible for a USD $100 coupon towards the first-year purchase of FIR Designer 2.2; just contact us.

Use either FIR Designer or FIR Creator EX to create a complete loudspeaker preset, with the Gain/Polarity/Delay options now available in the filter creation workflow. On the ‘Export’ tab, save the gain, polarity, delay and IIR filters in a new Summary file, which – in combination with the FIR filter file – contain everything needed for a complete DSP channel signal chain. Use a single chain for filtering a full bandwidth loudspeaker, or create multiple DSP channel signal chains to make multi-way loudspeaker presets. 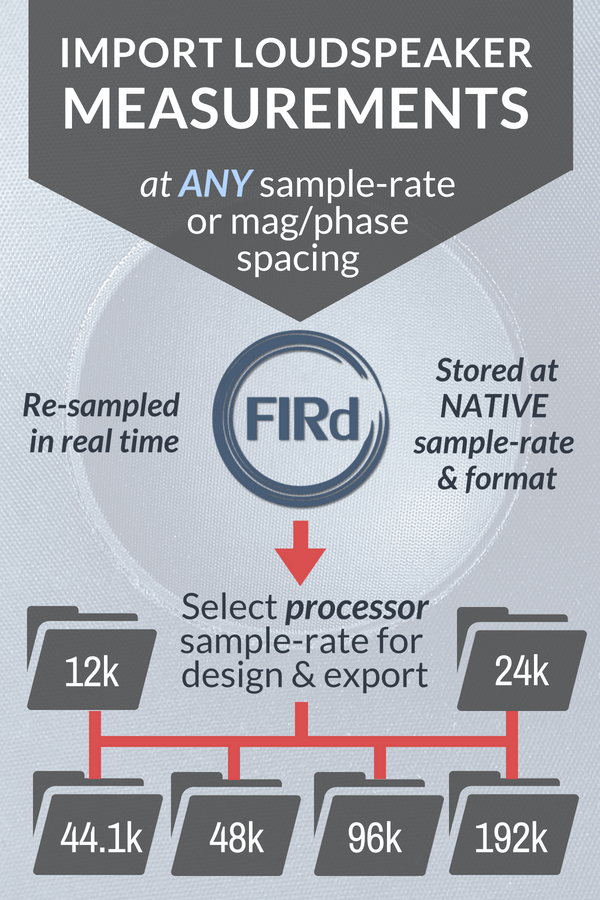 Unlike common Linkwitz-Riley filters, many other high & low-pass IIR &/or FIR crossover filters don’t sum to unity or have matched phase.

For a perfectly flat summed response, FIR Designer can calculate a COMPLEMENTARY HP (or LP) filter from the chosen LP (or HP) filter, when set to linear-phase. 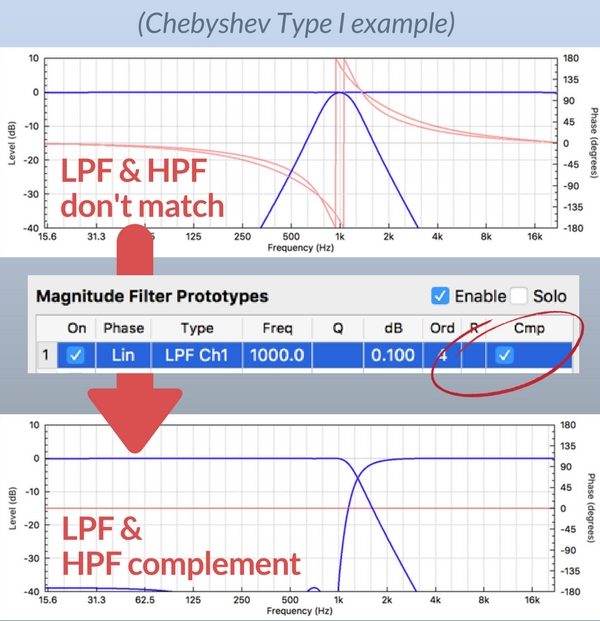 Combine up to 200 imported speaker measurements into a single average measurement, to use as an input into FIR Designer’s filter design workflow.

This newly-released tutorial video demonstrates how to use FIR Designer for loudpeaker measurement averaging.

Get info on all supported loudspeaker measurement file formats (from any brand) here.

FIR Creator 1.1 also includes new accelerated FFT’s, which are roughly 4x faster than the FFT’s in the original version 1. Every UI change triggers many 10’s of double-precision transforms so these updates translate into faster screen refreshing during filter design (the latest version of FIR Designer also includes this speed improvement). 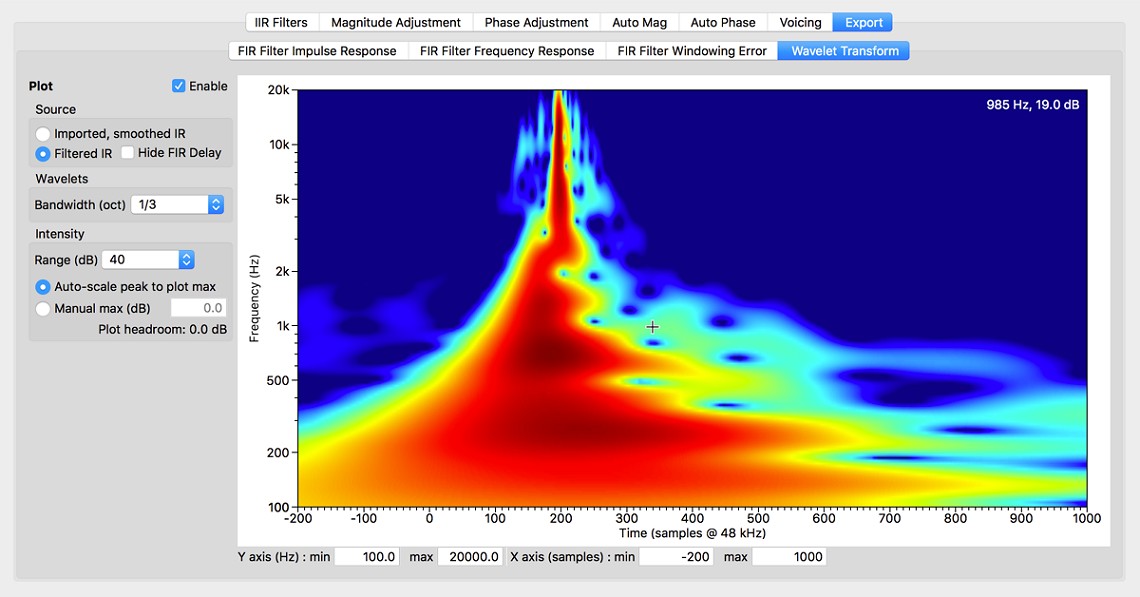 To see all updates for v2.1, see the Release Notes

The newly-updated FIR Designer 2 has a new feature called ‘Second View’. It shows an additional window for any workflow plot, which can be viewed on the primary display or on a different monitor/display. Do your edits & see the impact on whatever part of the workflow you choose, in real-time. FIR Designer’s Second View saves time in the filter design process.