All about FIR & the benefits for audio optimization

Products in the Eclipse Audio range share an intuitive workflow that uses imported loudspeaker measurements as the starting point for filter & preset design.

Windows & macOS versions available. Download a free demo version of any product & use for as long as you’d like. 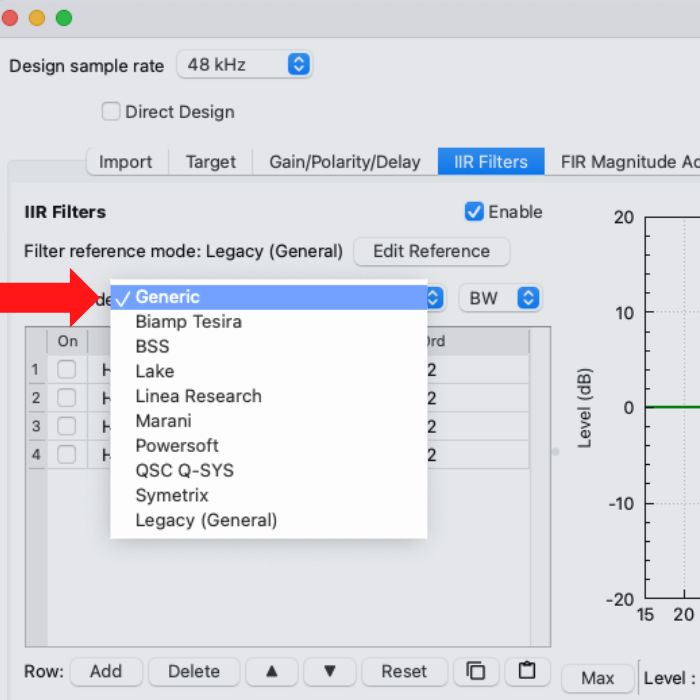 FIR Designer bridges the gap between complex system measurements and the production of the filters used for equalization and enhancement.

System tuning involves sculpting of the impulse response. While often done with a drag-and-drop DSP, a more powerful approach is to use the IR itself to produce the corrective filters.

We can now fix anomalies that we once had to live with.
Pat Brown
Synergetic Audio Concepts, Pro Sound Training
FIR Designer is a great tool.

The layout of the GUI and the workflow for developing loudspeaker presets are well thought out.

The measurement averaging feature is indispensable, as is being able to define a target response, for truly optimizing a loudspeaker’s response.
Charlie Hughes
Biamp Systems
FIR Designer is the greatest piece of software to come to the pro-audio community in a decade.

The amount of man-hour time reduced is amazing moving from DSP to DSP. Every added IIR emulation makes it even easier to get a base system setup offline, before dialing in the house EQ on-site.

The last Jazz Ally job really proved the software out to the highest level. Ideal to have the workflow with the Symetrix DSP. Using good measurements, we did all the work inside FIR Designer offline; including IIR room corrections and FIR corrections for passive cabinets. Then it was just amazing to walk into the venue, plug it all in and achieve exactly our predicted spectrum around the room.
Mark DeArman
McCauley Sound
Nothing competes with FIR Designer’s UI and workflow. It’s a great tool!

The real-time preview enables parameter changes to be evaluated quickly.

We’re able to take the required measurements and design the  FIR filter in less than an hour.

I import transfer functions or impulse traces (from Smaart, ARTA or REW) into FIR Designer, and literally a few minutes later have a FIR file to check out.