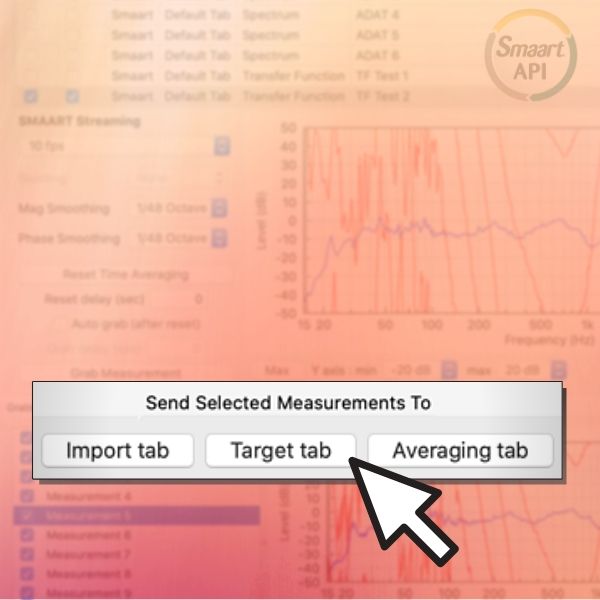 In FIR Designer (or Designer M), SMAART measurements can now be sent via a single click to one of three destinations: the ‘Import’, ‘Target’ or ‘Averaging’ tabs. (FIR Creator EX offers the first two options, as it doesn’t include built-in measurement averaging).

On the Target tab, one loudspeaker measurement can use used as the target response. The IIR+FIR filter design workflow can then be used to match the response of another loudspeaker to the target.

On the Averaging tab, an unlimited number of measurements can be combined into a single response, which can then be used for more accurate filter design and smoother overall system response (learn more about measurement averaging). FIR Creator EX users interested in creating averaged responses can do so with our stand-alone ‘Averager‘ software, which also loads TRF and SRF files from SMAART.

FIR Designer is compatible with a wide range of loudspeaker measurement tools in addition to SMAART. (See all supported import file formats.) Other measurements can be manually imported from files.

Check out this video to see how the new SMAART Control works, or download a free demo of our software to experiment with the new feature.